I’ve also been driving for over 15 years so was pretty miffed to find out I would have to do it all over again when I moved to Canada. And it was going to cost a pretty penny too.

While the money is pissing me off a bit, my main issue is the amount of time I will have to sacrifice to the process – over 30 hours.

If you’re self-employed, that’s a lot of time spent not making money re-learning something you’ve been doing for almost 20 years.

All right, now that I’ve finished griping, let me talk about the process involved in getting a driver’s license in Canada (Ontario) as a newcomer to Canada. 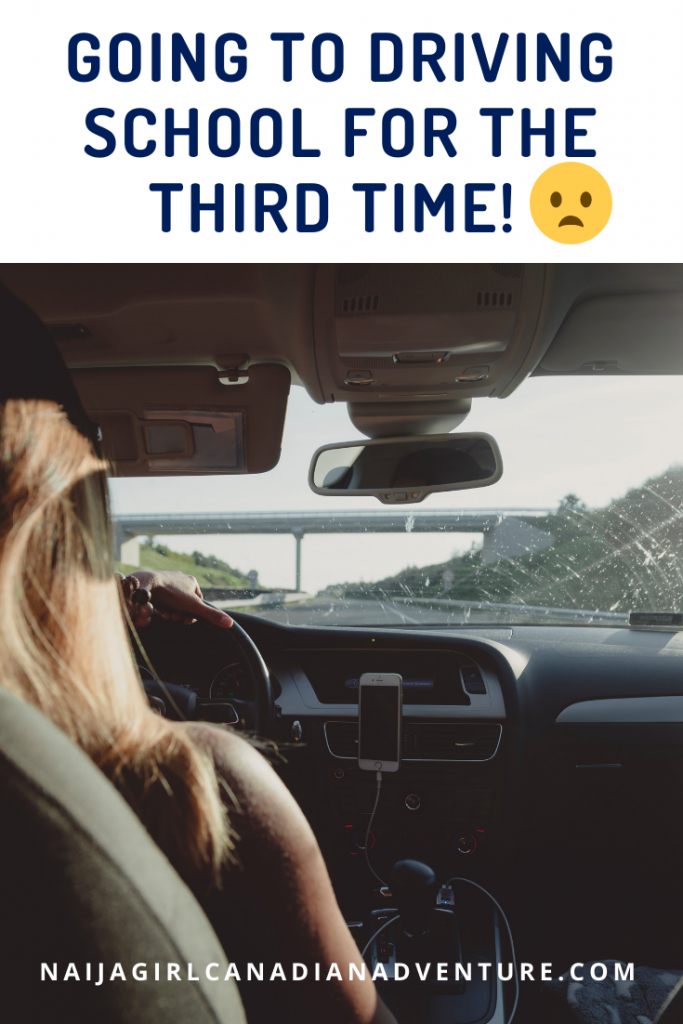 How Do I Exchange My Driver’s License in Ontario?

Canadian driver’s license requirements vary from province to province. I will be talking about my experience with Ontario in this write-up.

A few weeks after landing, I went to the Driving Center at Longside Drive in Mississauga to ask about converting my UAE driver’s license to a Canadian one.

Before moving, I already applied for a driving history certificate on the RTA app. The process took less than a day once I made the payment. The certificate was sent to me via email the next day.

You should do this for every country you’ve driven in. I believe it’s called driving abstract in some countries.

Depending on your country, you may also need to have the abstract verified with your embassy in Canada.

I printed my driving history certificate and included it with a copy of my UAE license and passport at the driving center.

I had already started reading the MTO driver’s handbook prior to going to the driving center but I was only halfway through.

At the center, they collected my documents and processed them, gave me an eye test then I had to go over to the cashier to pay for the conversion, eye test, and knowledge test – $158.25.

I hadn’t planned to sit for the knowledge test the same day but since I was there, I went ahead and did it.

I already knew there was a likelihood of failure since I hadn’t finished reading the handbook and didn’t know how to answer any questions about driving in snow or road signs that have to do with snow. 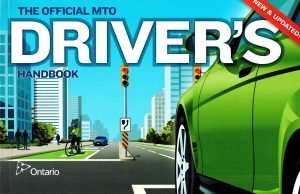 It was nice to see the format of the questions though. I told the lady at the test center I would come back to take the test again once I finished reading the handbook and left.

If you get more than 4 answers wrong in either part, you’ve failed that part and will have to do it again.

You can take the test as many times as you want but each time you take it, you have to pay $15.75.

After I finished reading the handbook and taking a bazillion practice knowledge tests, I returned to the driving center to take the test again.

I passed this time and was issued with a G1 license. However, I still have to take a road test.

Now, there are advantages to having a long driving record. Specifically, 24 months or more of driving experience in the last 3 years.

I’m free to take the G2 or G road test immediately without having to go to a driving school or wait for 8 – 12 months.

If I take the G2 road test, I will not be subject to the restrictions of a G2 license such as having a fully licensed driver accompany me in a vehicle and prohibiting me from driving on 400-series expressways.

If I take the G road test and pass, none of the restrictions applies. I opted not to do the road test immediately for the following reasons:-

After weighing the pros and cons, I opted to go back to driving school. I thought I would be able to customize the classes to cover just the unfamiliar parts of the road rules but no such luck. It’s right from the beginning again. Ouch!

The good thing is since Canada has a reciprocal driving agreement with many countries all over the world, this is the last time I will ever have to go to a driving school! Yay!

Choosing a driving school can be a bit of a challenge. You can find a list of approved schools on the Driver’s Center website HERE.

However, just because they are approved doesn’t mean they’re good. Quite a few of them have terrible reviews.

After a lot of research and review reading, I finally picked one that looked the least annoying and that would fit into my schedule.

I will wait until I finish the process before I reveal the name of the driving school and write a review.

Driving in Ontario with a Foreign License (IDP)

I mentioned the IDP above and how it would have made transitioning to a Canadian license a bit easier.

An IDP (International Driving Permit) is a document that enables a person to drive vehicles for a short term in many foreign countries.

You will need a valid driver’s license from your country of origin as well to use an IDP in a foreign country. An IDP is usually valid for 1 year from the date of issue.

An IDP must be obtained in your country before moving to Canada. The advantage of an IDP is I would have been able to drive for the first 60 days in Canada before changing my license.

I could have used that time to practice before changing to a G1 license then taken the road test immediately thus eliminating the driving school time and cost completely.

The only downside to this is you won’t get a discount on the insurance once you buy a car so it’s up to you if you don’t care about that.

If you’re already a good driver, I recommend getting the IDP before moving to Canada then you can practice in a friend or relative’s car if they have time or you can rent a car and practice on your own for the first 2 months.

I’ve sort of made my peace with how long this is going to take and now just want to get it out of the way before winter really starts.

Even though I’m freezing now, I’ve been told many many times it’s actually not that cold…..OK then.

Moving on, you can find out more about changing to a Canadian driver’s license at the following links:-

I will write an update once I’m through with the driving school and road test, hopefully before December. Fingers crossed!