My Landing Experience in Canada – Self Employed (2019)

After a few last-minute hiccups that almost made me postpone my flight for a week, I finally landed in Canada!

I did not do a soft landing. I made the leap at once for a few reasons.

It didn’t make financial sense to come and activate my PR then go back and choose a later date to finally move although I understand why it works for a lot of people.

On arrival at the departure airport, despite my best efforts, my luggage wasn’t acceptable.

I spent a miserable hour unpacking and repacking (total headache) but it was either that or be charged an astronomical amount of money. 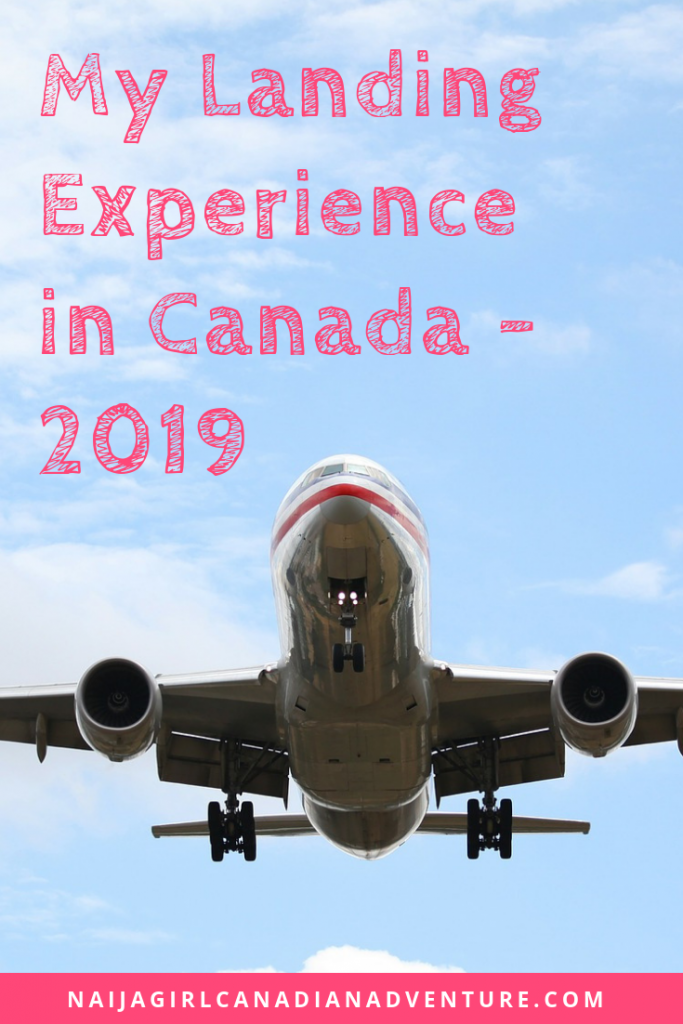 After splitting my luggage into acceptable weights, I checked in and proceeded to board the flight to Toronto Pearson.

The flight was pretty horrible for me and I was wide awake the entire 14 hours of the flight but I arrived in one piece.

Before the plane landed, I was given a preview of just how much cold was about to kick me in the gut via the windows. Nice, thick fog of nothing. lol. 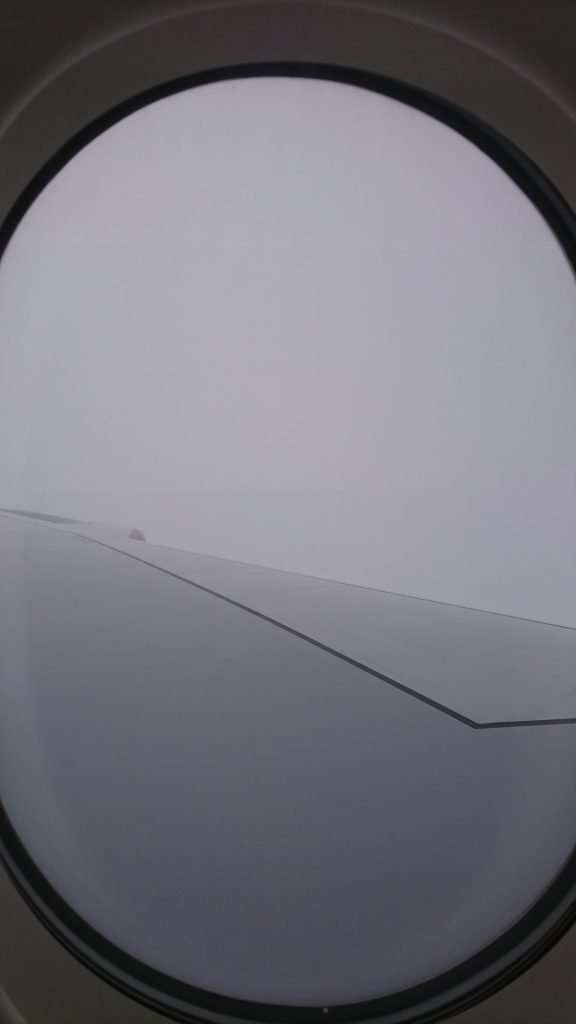 My Landing Experience in Canada

On arrival, we were directed to a line for everyone that aren’t Canadian citizens or permanent residents.

The line was long but it moved fast. I checked with the line manager if this was the correct line if I wanted to activate my PR and he said yes.

When I arrived at the window, the officer asked me multiple times if I had foodstuff in my luggage and I kept saying no.

He processed the customs declaration card and I presented my list of goods to follow. He said it would be processed somewhere else.

He gave me back the customs declaration card and directed me to the immigration counter.

Important: If your goods are coming later on, be sure to tick “yes” for the question about unaccompanied goods on the declaration card.

The immigration counter was another long line.

Unfortunately, it did not move quite as fast because there were students on the line and they were asked a lot more questions than permanent residents.

After a while, the students were separated and moved to a different section so the line moved a little bit faster.

When it was my turn, the officer asked for my passport and COPR. He asked if I had been convicted of any crimes or asked to leave any country and I said no.

He also asked about dependents and how much money I had with me. I told him it was a couple of hundreds.

He did not ask about proof of funds but I had my latest bank statement with me just in case.

He filled out a few sections of my COPR and asked me to sign in those places. He then asked about an address for my PR card.

I said my address was probably going to change in a month so he gave me a form with a number highlighted in yellow and told me to call and update once I had a more permanent address.

He welcomed me to Canada and directed me to the Service Canada counter for my SIN.

He mentioned I could do it later on outside the airport as well but I wanted to get it over with so I joined another long line.

By now, jetlag was wreaking havoc on my eyes and I was ready to fall over but it had to be done.

I filled a small slip with some information about my parents and waited in line for about 30 minutes before it was my turn.

The staff at the counter reconfirmed my name and information then provided the SIN printed out.

He also gave me a pamphlet explaining who I should provide the SIN to and the importance of safeguarding the number.

After receiving my SIN, I stopped at an information counter in the same area and the nice lady there gave me some information about the cities.

(Good news. You can now apply for your Social Insurance Number (SIN) online).

She also asked me to collect a Welcome to Canada book at another counter on my way out.

This print out contains a lot of very useful information for newcomers. It’s over 120 pages so will take a while to get through. 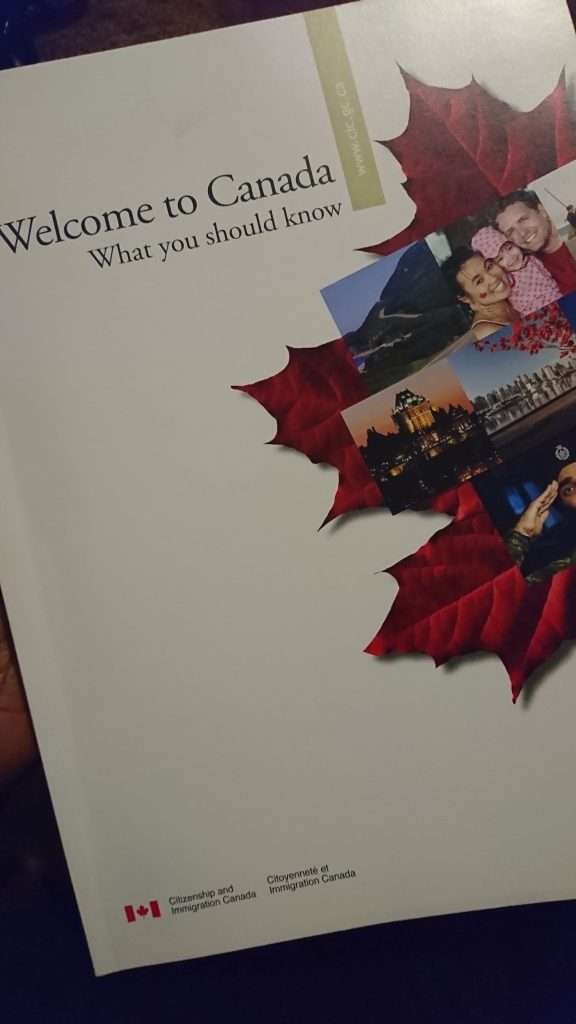 I went to the luggage area and picked up my suitcases and loaded them onto a trolley then stopped over at immigration on my way out.

They collected my declaration card without asking about my list of unaccompanied goods.

I brought the list out and the officer waved it away without saying anything so I assumed it wasn’t needed and went on my merry way.

That proved to be an expensive mistake.

I sent an email to CBSA (Canada Border Services Agency) about it just in case and was informed I had to return to the airport and get the Form BSF186 or B4, Personal Goods Accounting Document.

A few days later, I went back to my nearest CBSA inland office via an expensive Uber ride as I hadn’t worked out the public transportation yet.

The lady asked why I hadn’t submitted it when I landed and I said it was sorta waved away.

She asked if I ticked yes for unaccompanied goods on my declaration card and I said I did so she went ahead and processed the list of goods to follow.

Fortunately, my stuff hadn’t arrived or it would have been a lot more hassle I imagine. I sent the confirmation to my cargo company and gave them the okay to ship my things.

To summarize, if no one asks you about your list of accompanying goods and list of goods to follow, ask for the customs office before you leave the airport so you can get the personal goods document.

As soon as I arrived at my Airbnb, I laid down and that was it till the next morning.

The poor Airbnb host knocked several times to welcome me and find out if I had everything I needed but I was completely OUT OF IT for the next 14 hours or so.

Documents Required for Landing in Canada

Below are the documents I had with me when I landed. They didn’t ask for all of them but I had them with me just in case:-

Everything organized in a folder ready to pull out for the officer means you get processed faster and can be on your merry way.

A few days later, I linked my PR card application to myCIC account online using my UCI number and family name. This was easy and took only a few minutes.

Wherever the address was required, I filled in my Airbnb Address, which I will be staying in for the next month.

I found a reasonable room on Airbnb.

I opted to stay for a month so I could have time to decide which city I wanted to settle in and conduct an apartment search (ye gods).

I don’t know if the month will be enough but I will do all I can as I work from home and the Airbnb environment simply isn’t conducive for my creativity.

Will be talking about my first few days in Canada in the next post. Stay tuned!

PS: This is my landing experience at Toronto Pearson airport. There may be slight variations if you’re landing via another airport.

2 thoughts on “My Landing Experience in Canada – Self Employed (2019)”