Is it possible to rent an apartment as a newcomer to Canada without credit? One of the questions I received last week.

I’ve mentioned the horror of no credit and promissory notes for the blood of your firstborn when it comes to finding a place for newcomers previously.

There are a few times the lack of credit will work in your favor such as:-

Failing any of the above, you’re fresh out of luck. A budget-friendly Airbnb works for the first few weeks but by the time your things arrive from home, you may start to chafe at the hems for space. 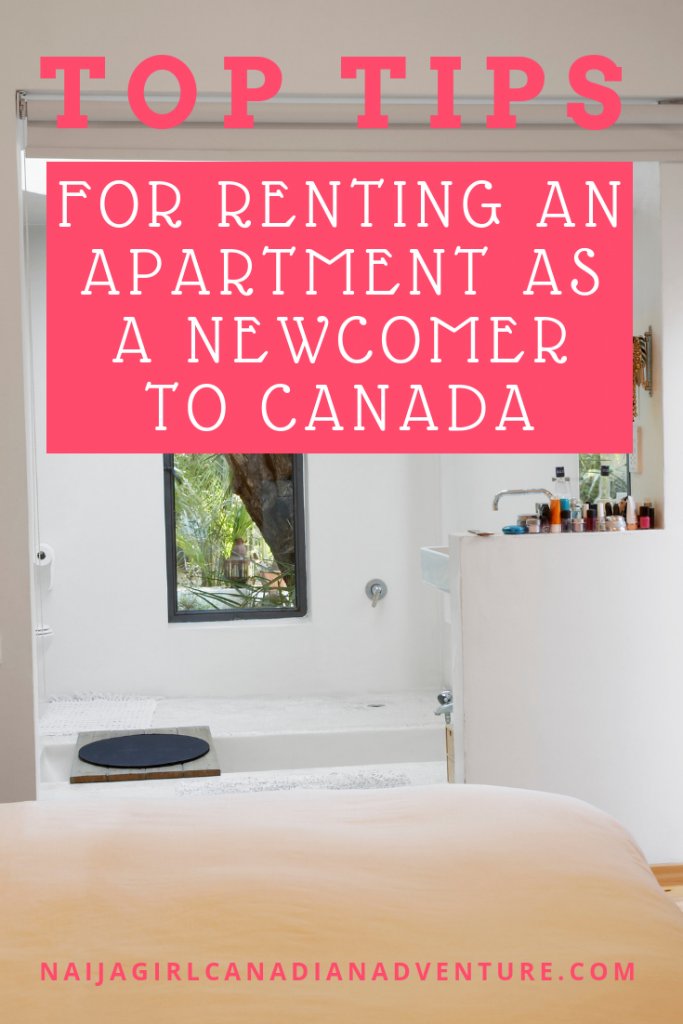 You’re in a shoebox that is shared with someone else (maybe) and the clock is ticking but no one wants to rent to a person without credit, landlord references, employment references or pay stubs.

What do you do then?

My next article will share tips on how to build credit as a newcomer. I’ve been in Canada for less than 6 months and my credit is already in the high 700s.

I’m hoping to get to the high 800s or so before the end of the year.

In the meantime, below are some tips for finding a place you can call home (sorta) while building your credit:-

Renting An Apartment With No Credit

I would very much have preferred my own apartment but since lack of credit was making that difficult, the only option left was houseshare, apartment share, or a basement.

I took to Kijiji to find a house or apartment share. I created an account HERE then fine-tuned the parameters of what I was looking for.

There’s a search column where I customized the preferred location, price range, must-haves like a private bathroom, or with parking or pet-friendly, only females, with pictures, etc.

I also used Google Maps and Walk Score to check the distance between the apartments/houses and the nearest bus stop before narrowing down the list since I won’t be having a car for a while.

Additionally, I checked Bug Registry to make sure there were no creepy-crawly infestations in the apartment building.

I then narrowed it down to the top 20 (a mix of apartments and houses), called or sent a message suggesting a time to view the apartment, and told them a little bit about myself and what I do. I scheduled the viewings for over 3 days.

I was pretty upfront that I just moved to Canada and had no credit so I wouldn’t waste my time.

Most of them said it was okay as long as I had first and last month’s rent and references.

My references were people I’ve known from way back when and they were ready to stand as guarantors if necessary.

I also mentioned I’m self-employed with a full-time job and was gone for most of the day anyway.

Eventually, I found one I liked. The master bedroom located in a huge 3 bedroom apartment at a reasonable rate in a prime location. The rate also included all utilities.

The renter sent across a standard condo rental application, which I filled and sent back along with 2 references. She said she would process it and come back to me in a few days.

After a few days, she sent me the sub-lease agreement, which I went through with a fine-tooth comb on my own and with my Canadian contacts. It was all fine.

A sub-lease agreement is when you lease a room from the original renter of an apartment. You make rent payments to the renter who in turn pays the landlord.

We then scheduled a day to meet and formally sign the agreement, then make payment via bank transfer after receiving the key and entry fob.

It all went smoothly and she showed me the room and the rest of the facilities again. We exchanged signed contracts and that was it.

I moved in a few days later and I’m happy with the arrangement for now. I still would have preferred my own apartment but it worked well while building credit.

Some people have said you can get your own apartment or house if you’re ready to do compromising things like fork up 6 – 12 months’ rent upfront.

However, that just makes the housing crisis worse for everyone else. Just because you can doesn’t mean you should. Look at the bigger picture.

I also placed a free wanted ad on Kijiji mentioning what I was looking for but by the time I started getting responses, I had already decided on my apartment.

However, I did get good responses in good locations close to bus stops and with my specifications so you can try this as well.

There are other places like PadMapper and ViewIt but they didn’t provide the kind of information I was looking for or the listings had expired.

Additionally, once I removed the option for Airbnb in PadMapper, it returned very few results that matched my specs.

Some people use realtors but the first two I spoke to disappeared once they realized I’d just moved to Canada and didn’t have credit.

Below are some other things I did that probably gave me an edge in getting the room:-

2. Show Up on Time for the Viewing

Do not be late. It’s impolite to keep people waiting. Even if you have to leave well ahead of time to get there.

I arrived half an hour early for my viewing so I just sat in the lobby and waited then called the lady 5 minutes before so she could come to get me in the lobby.

3. Take Your Shoes Off When You Arrive for a Viewing

This may sound like a small thing but taking off shoes before entering a house or apartment is a big deal in Canada.

I already knew that before I got here so everywhere I visited, I took off my shoes at the entrance even if the person in the apartment was wearing shoes.

If you walk in with shoes, you may be regarded as an untidy person.

4. Spread Your Wings a Little

Everybody and their ancestors are moving to Toronto. This has driven the rents up to insane proportions along with an increase in slum lord landlords that will make your skin crawl.

In order not to be taken advantage of when you’re strapped for time, I suggest looking outside Toronto for an apartment especially if you don’t have credit.

These places are further out but thousands of people commute every day.

Just find an apartment close to public transport and you should be ok for the first year or so while you become familiar with the region.

You already have no credit and no job. No reason to make your life more complicated by insisting on living in Toronto.

Important: Do not under any circumstances give anyone money unless you’ve seen the apartment, received the keys, and have a signed agreement.

There is no exception to this at all. It doesn’t matter what the person says. Do not give them money unless all these conditions are met.

As great as Kijiji is, there are still lots of scammers on there. I was contacted by at least 2 scammers after I placed my ad. I didn’t bother to respond. Just blocked immediately.

Other Places to Look for Apartments

Good luck with finding a suitable place to live. I will upload another post shortly about fine-tuned rental scams targeted towards newcomers and how to recognize them.